Premiered at Nuffield City Southampton on the 20th of November 2018 before touring the UK.

SEE A TRAILER FOR THE SHOW HERE

Imagine being the wealthiest child in the land!

One-day factory worker Len Spud invents a new loo roll “Bum Fresh - wet on one side, dry on the other”. The wiping-wonder is an instant hit. Len, and his son Joe, become overnight billionaires, turning their lives upside down.
Whilst Mr Spud spends, spends, spends on fast cars, 100-inch TVs, and lavish gifts for his glamorous new girlfriend, Sapphire Stone, Joe is left to fend for himself.
In the unforgiving world of the school playground, things are about to get more complicated. With his new best friend, Bob, at his side, Joe navigates an assault course of school bullies and dangerously inedible canteen food.
But can money really buy happiness? This hilarious new musical is a triumphant treat for the whole family, based on the bestselling book by David Walliams. 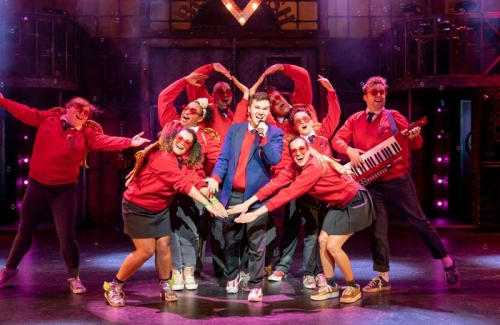