A new musical by Craig Adams and Ian Watson  about Love, Life and Loss in a London LIFT. How the things we dare not say could change our lives and how those closest to us are often those we've never met.

‘The notable thing about the show is its choreography… silent action indicates the motion of a train or gives the impression of other scenarios as they unfold.’ The Londonist
go back 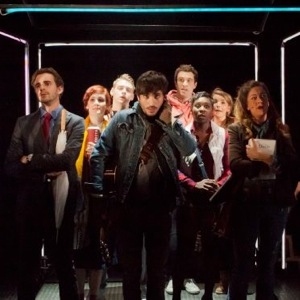