Winter 1982.
Two boys are about to form an unlikely friendship.
Will Proudfoot is a member of the Plymouth Brethren, forbidden from watching TV or films. Lee Carter is the wild child, school trouble-maker. When Lee blows Will’s mind with a pirate copy of Rambo: First Blood, this unlikely pair collaborate on a homemade sequel.Their movie changes the lives of all around them - Will’s recently widowed mum, Sarah and family friend Joshua. Lee’s brother Barry fights for the love of his girlfriend Tina, who must choose between him, university or French exchange sexpot, Didier. Based on the cult-hit film, Son of Rambow is a heart-warming and hilarious story about two boys with a big video camera and even bigger ambitions. Set to an original 80s pop soundtrack from Miranda Cooper, one of the UK’s most successful pop writers.

Son of Rambow is continuing development looking towards a future life in 2020.
go back 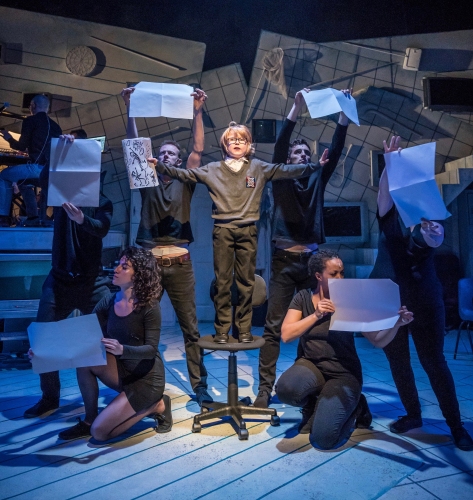