You’re not in Kansas anymore…

A thrilling exposé of the darker side of 1980’s New York, The Life is a defiant and heartfelt musical lament for the old Times Square. A world of pimps and prostitutes, innocents and opportunists, it’s a gutsy and gritty joyride filled with both pathos and fun.
Queen and Fleetwood are just trying to get by. New York has hit a moral rock bottom, and opportunity is becoming a scarcity. Queen is now selling herself to anyone with cash in Times Square, while Fleetwood is spending that cash on his nightly fix. Such is a regular story for those in The Life – just ask Sonja, whose market value as a hooker is depleting. It seems that nothing ever improves for those in The Life, but when a mysteriously innocent farm girl named Mary shows up, and Memphis and Joio, the biggest players in town, offer to help Queen out, will things start looking up?

'The choreography is breath-taking, it’s sultry and demure all at once.  The number “Why Don’t They Leave Us Alone” is a brilliant example of the overall ingenuity of the dance routines, the result is Matthew Caputo shining shoes like an Olympic gymnast.'
Theatre Weekly
go back 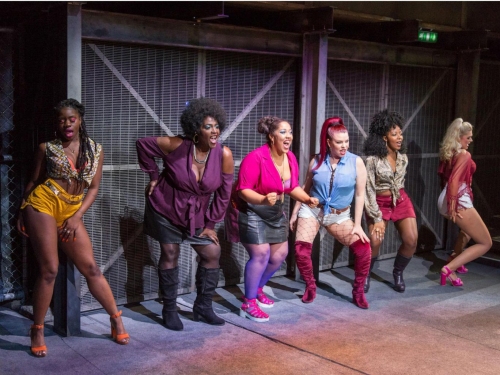